The top bartenders for 2020

The Pan-Hellenic Cocktail Championships of the Hellenic Bartenders Association (HBA), once again hosted by HORECA, ended with great success, revealing the top bartenders.

The winner of the 8th Greek Cocktail Championship said: “For the past 5 years I have done a lot of hard work, I have practised a lot, I have read a lot and I am very happy to be able to compete in such an important championship for our industry as part of such an important event like HORECA.”

On Sunday, 9 February, the contestants for the 25th Panhellenic Classic Cocktail Championship took their place on the stage of the Beer & Spirits Show. After a long battle, first place was won by Nikolas Anagnostopoulos who stated shortly after his victory: “My participation in the championship was a great experience, congratulations for the event, it has nothing to be jealous of the respective events in Europe. My goal now is to get the first prize for the Greek colors in St. Petersburg, where the corresponding world championship will be held”. Yannis Bakolas and Konstantinos Athanasiou won the 2nd and 3rd place respectively.

We also had a champion in Flairtending, which is the most impressive category in bartending competitions thanks to the juggling skills required. The winner of the 16th Flairtending championship, which also took place on Sunday, February 9th, is Christos Tsimikos, who told our journalist team about his victory that “The championship was a great experience and my goal now is a place at the top in the world final at St. Petersburg”.

The 10th Panhellenic Non-Alcohol Cocktail Championship of the Hellenic Bartenders Association also took place at the finale of this year’s event. Dimitris Patsouras won not only the love of the people but also the 1st place. “I am very happy about both of the prizes I won at this year’s HBA championships. Winning the first place at the Non Alcoholic Cocktail Panhellenic Championship allows me to represent our country in the Global Championship that will be held at the Czech Republic”, he stated shortly after his victory. Theodoros Lampousis and Panagiotis Andriopoulos came in 2nd and 3rd place respectively.

The preparations for HORECA 2023 have begun! 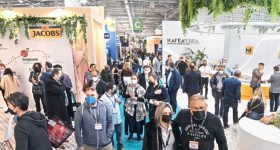 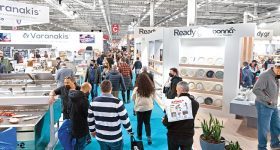 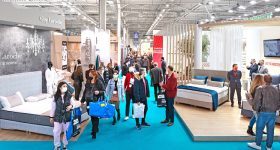