Large turnout, for a 15th consecutive year, of representatives from the political and business world, and the leading institutions of Tourism which attended the opening ceremony of HORECA.

The ribbon was cut by the Minister of Tourism, Mr. Haris Theocharis, who did not omit to praise the exhibition’s contribution to the development and pioneering of the Hotel and Foodservice industry and its leading role in the tourism industry. Words that reflected the vision of the president and CEO of the organizing company FORUM SA, Mr. Nikos Choudalakis.

Specifically, as Mr. Choudalakis stated: “The HORECA exhibition, for the past 15 years, has been at the forefront in upgrading and modernizing the Greek tourism product by bringing together all tourism and foodservice industry professionals with leading companies in the supply sector! This year’s HORECA, featuring 500 exhibitors and an invaluable wealth of cutting-edge exhibits, shall become the undisputed exhibition institution and the most important trade forum for the tourism industry.

All representatives of the industry's institutions were present

Alexandros Vasilikos, president of the Hellenic Chamber of Hotels, was among those who attended the opening ceremony, and among other things he referred to the great importance of the exhibition in the upgrading of hotels and tourism products in general. Specifically he stated: “The HORECA exhibition, this acclaimed institution of international standards organized by FORUM SA, demonstrates in practice every year the key position that the Hellenic Chamber of Hotels represents and expresses with its policy: Tourism is everyone’s business! ».

After the opening ceremony the officials headed to Hall C1 of the exhibition center where the most important institutional meeting of hoteliers, the 9th Annual General Assembly, was held with the organizational signature of the Hellenic Chamber of Hotels.

HORECA 2020 was crowned with huge success 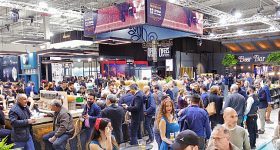 Commercial effectiveness at its peak 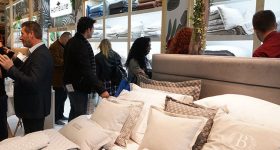